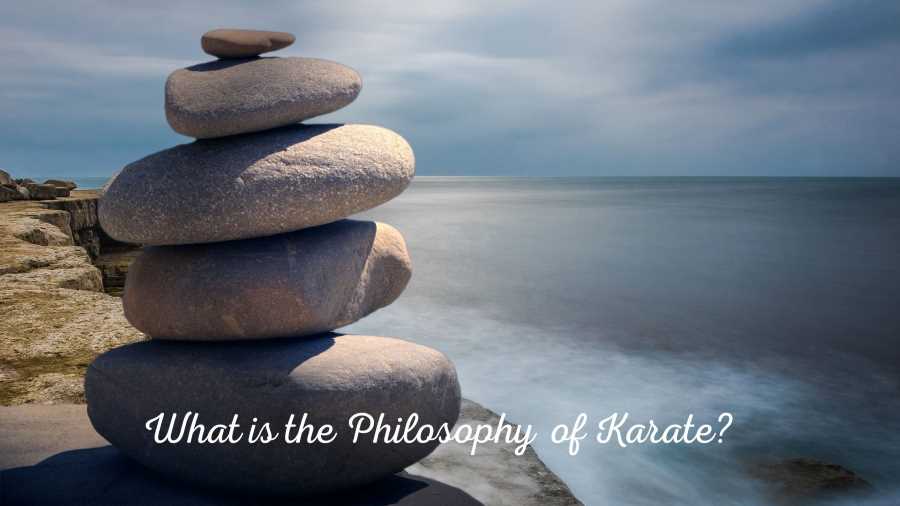 Various karate masters have expressed the view over time that, above all, karate is about character building and the cultivation of the mind and that its philosophy is to develop both the mind and the body and to seek virtue in thought and action.

In this post, I will argue that, first and foremost, karate is still an art of self-defense. Karate was created for self-defense purposes and its primary goal is to teach you how to defend yourself.

Whether you want to seek mental and spiritual development through your karate training is entirely your choice.

You can certainly treat karate as a mere physical exercise if you wish. However, if you think deeper beyond its outer forms and train diligently, you will find that karate has a lot more to offer.

Why Was Karate Created?

If you look at karate’s history, it was created for self-defense purposes. Its aim was to teach its practitioners effective unarmed combat techniques to protect themselves.

Karate originated in Okinawa, a principal island within the Ryukyu archipelago.

Okinawa te was first practiced among the Pechin class of Okinawa which comprised a feudal cadre of officials and warriors and was equivalent to the Samurai of Japan.

Te was said to be practiced secretly amongst Pechin families and passed on from generation to generation within those families.

Due to the proximity between Ryukyu islands and China, trade, study, and cultural exchange eventually led to the incorporation of elements of Chinese martial arts into Okinawa te.

In 1372, the Ryukyu Dynasty was formally recognized by the Chinese Emperor at the time as a tributary state of China. This marked the beginning of a long relationship between the Ryukyu Dynasty and the Ming Dynasty China that lasted around five hundred years.

During this period, Chinese envoys which included many masters of Chinese kempo were sent to Okinawa regularly. Ryukyu ships with delegations of noblemen were also sent to China frequently.

The Ryukyu Dynasty sent ships every other year with delegations of noblemen to the Chinese mainland until 1874.

These ships were filled with precious tributes for the Chinese Emperor.

To protect these gifts from pirates and marauders, both the crew and delegates were well armed as well as trained in the skills of the martial arts.

Consequently, it is believed that one of the reasons why the martial arts developed into such a sophisticated art on such a small island like Okinawa was the need to be able to protect these tributary missions.

Historians, however, have all agreed on one point that the two weapon bans which lasted from around 1477 to around 1879, were most critical in forging Okinawa te into the martial art known as karate that we practice today.

The first weapon ban began after King Sho Shin took reign in 1477. All weapons were confiscated and everyone, noble or peasant, was banned from carrying weapons.

The second weapon ban was issued after the Japanese Satsuma clan invaded Okinawa in 1609 and turned it into a puppet state of Japan under the rule of the Japanese Shogunate. Possession, manufacture, and importation of all weapons were prohibited.

With no weapons for self-defense, unarmed combat techniques understandably became critical and this further stimulated the development of Okinawan te into a highly sophisticated unarmed fighting art.

As you can see from above, historically, karate was born out of necessity and was certainly not created as a philosophical tool for mind or character development.

Karate has no philosophy. Some people think that the tradition of karate came from Buddhism and karate has a connection with the absolute space and universe, but I don’t believe in that. My philosophy is to knock my opponent out due to the use of only one technique. One finishing blow!

The Development of the Philosophical Element of Karate Training

Along the way, karate masters have added a philosophical element to karate that karate is not merely about punches, kicks, or throws, but it is also about strengthening the mind, building character, seeking virtue, and standing on the side of justice.

Some even put the mental and spiritual aspects of karate above its practical aspect.

For example, Gichin Funakoshi’s first dojo kun is “seek perfection of character“. He also famously said that “the ultimate aim of karate lies not in victory or defeat, but in the perfection of the character of its participants“. This particular phrase may be one of the most analyzed and quoted in discussion about karate philosophy.

Again, if you look at the historical development of karate, you will see why this has happened.

In an attempt to make karate acceptable to the Japanese and spread the art further in mainland Japan, from the early 1900s, karate masters, notably Gichin Funakoshi, introduced ranking, karate uniform, bowing in and bowing out ceremonies, and emphasis on the spiritual aspects of karate.

In the early days, to the Japanese, karate was often thought to be “a foreign martial art” and “the art of thugs and the lower class“.

In order for karate to be accepted and respected by the Japanese, Okinawan karate masters sought to instill martial ethics drawn from the Japanese martial art tradition or the budo code of conduct.

Those efforts were proven to be a great success.

By 1932, all major Japanese universities had a karate club and in 1933, the Okinawan art of karate was recognized as a Japanese martial art by the Japanese Martial Arts Committee.

In the 1950s, karate began to spread rapidly to the U.S. and Europe.

Today, it is estimated that karate is practiced by about 50 million people in over 160 countries.

And until today, karate organizations and karate masters seem to be unanimously of the view that karate is more than just self-defense, it is a way of life and a vehicle to help one become a better human being.

For example, below is what is written on the JKA website on the topic of karate’s philosophy.

True karate is based on Bushido. In true karate, the body, mind and spirit—the whole person—must be developed simultaneously.

Through kihon, kumite and kata we learn to control our movements. But more importantly, we learn to give up control too. We can perform the techniques without thinking about them, and remain focused without having to concentrate on any one thing. In essence, the body remembers how to move and the mind remembers how to be still.

This harmonious unity of mind and body is intensely powerful. Even the greatest physical strength and skill are no match for the power of wholeness.

The result of true karate is natural, effortless action, and the confidence, humility, openness and peace only possible through perfect unity of mind and body. This is the core teaching of Zen, the basis of Bushido, and the basis of the JKA’s karate philosophy.

Gichin Funakoshi, widely recognized as the father of modern karate, emphasized this philosophy many times, perhaps unsurprisingly because Gichin Funakoshi himself was a philosopher having been trained in both classical Chinese and Japanese philosophies.

In his book, “The Twenty Guiding Principles of Karate“, Gichin Funakoshi stated that:

The objective of karate-do is to polish and nurture both the mind and body. The cultivation of one’s spirit and mental attitude begun during practice in the dojo should not cease after the physical and mental exertions end for the day. Rather, this should continue outside the dojo, in our daily routine.

Many other karate masters concur with this view. For example, below are Mas Oyama and Choki Motobu’s thoughts on the subject.

Karate is the most Zen-like of all the Martial Arts.  It has abandoned the sword.  This means that it transcends the idea of winning and losing to become a way of thinking and living for the sake of other people in accordance with the way of Heaven. Its meanings, therefore, reach the profoundest levels of human thought.

For a long time, I have emphasized that karate is Budo, and if the Budo is removed from karate, it is nothing more than sport karate, show karate or even fashion karate – the idea of training merely to be fashionable.

Karate that has discarded Budo has no substance.  It is nothing more than a barbaric method of fighting or a promotional tool for the purpose of profit.  No matter how popular it becomes, it is meaningless.

Karate, being a quite valuable and universal martial art, is also a resource for mental training, that is, the cultivation of the mind.

Those who practiced karate developed a strong unity of mind and body, became immovable, and never lost their composure. On these points, the practice of karate coincides with that of zen.

What Is Your Karate Philosophy?

While I don’t disagree with the view that karate can help develop both the body and mind and that it has a great potential in shaping one’s character, I think, at its core, karate is all about practical self-defense, the mental and spiritual aspect of karate is entirely a matter of personal opinion.

If you view karate as a sport, you will mostly only benefit from it physically.

If you view karate as a self-defense art, you will focus on its practical applications and your fighting skills will improve.

However, if you want to look deep into the philosophical aspect of karate, you can certainly learn many things from it in addition to self-defense techniques and become a better person for it.

The philosophical aspect is not unique to karate or martial arts in general.

After all, one can also learn about respect, discipline, endurance, problem-solving skills, or the purpose and meaning of life from other fields like sports, dance, acting, painting, or flower arranging, if one thinks beyond mere physical acts.

In summary, in its basic fundamental form, karate is an art of self-defense and its goal is to teach you unarmed combat techniques.

The philosophical element of karate was purposely added later on for the practical purpose of seeking acceptance from the Japanese in order to spread traditional karate in mainland Japan.

It is your choice whether you want to treat karate as a sport, a form of exercise, or a way of life and seek mental and spiritual development through your karate practice.

In other words, karate offers many potentials but what you get back from your karate training depends on your attitude, expectation, and the efforts you put in.

I haven't trained in karate for long but it has given me so much and definitely has made me a better person. After a long break, I've recently returned to karate and now train in Goju Ryu style with my children, starting all over again from a white belt.

link to The IOGKF Split and Why Karate Lineage Shouldn't Matter

The IOGKF has been split into two organizations: the existing IOGKF with the same operating structure but fewer members and a newly set up TOGKF led by Sensei Morio Higaonna based in Okinawa....

Motobu Choki's first book on Okinawan karate titled "Okinawan Kenpo Karate Jutsu" was published in 1926. Although thin in content (only 128 pages long with a lot of blank space throughout), the...

Karate Philosophy is run by a team of martial arts enthusiasts who are dedicated to bringing you free, high-quality, and well-research information on all things karate. We hope you'll find something here that is helpful to your karate journey. If you find our site useful, please consider sharing it with your fellow martial artists, we'll be very grateful.
Train hard, take care, and thank you so much for being here!

Karate Philosophy participates in affiliate programs and we may earn an affiliate commission at no additional cost to you whatsoever when you buy through certain links on our site, thank you! 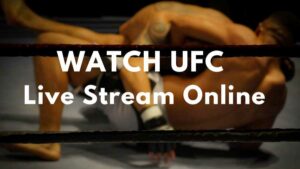